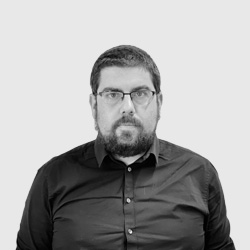 He is currently a postdoctoral researcher at University of Salamanca.

He has published more than 15 papers and scientific articles in international conferences and journals, and, on a recurrent basis, he is member of the program committee of several venues,
particularly the Artificial Life journal and conferences, and the Genetic and Evolutionary Conference (GECCO). He was vicechair of the ERA - Emergent Researches in Artificial Life group, that is, the student and postdoc group from the International Society for Artificial Life (ISAL). Iñaki has had an important involvement in teaching activities since 2012, having taught a number of subjects in Computer Engineering and Cognitive Sciences, at both undergraduate and master levels, focusing in software development, databases, web technologies and logic and AI, among other subjects. He has coordinated study plans and supervised students in research labs and as professional internship liaison.